So here we are again. I feel like I’m sheepishly contacting an old friend after being absent for a year.

My last entry was about Amsterdam, and truthfully that wasn’t really the whole way through my trip. It tecccchnically was only just, if not not quite halfway. I kind of got swept up in the many moments that obscure your first overseas holiday. Barely making a train. Being bullied by gypsies. Being hypnotised by the many different supermarket items that look similar, but oh so different.

I guess I thought I’d get around to things, but here’s the confession: I got lazy.

This time a year ago I was in Paris, actually. On this day, a year ago, I went to the Centre Pompidou and saw the Jeff Koons exhibition and it was prettttty cool. I also ate a totally legitimate Parisian croissant, bought my dad a Le Tour de France tee, and acquired no less than 10 Eiffel Tower keyrings.

But I am here, now, again, to reflect on the adventure that was a year ago, and prepare for a new one.

I’m off to America in September/October.

My plan for now is to book my tickets (which is happening sooner rather than later) and then get writing again. I might even give you an update on what I did after Amsterdam part one. I took a lot of tacky photos which are begging for a place on the internet, after all.

Stay tuned in the meantime.

I never knew quite what to expect from Amsterdam.

I got off the DeutschBahn from Berlin at Amsterdam Centraal. From there, I met a very strange taxi driver who took me to my hotel. I explained I didn’t speak a lot of Dutch, but I asked him how I say ‘Thank you’ as I’d forgotten.

You just say “Doinka”, he replies.

So there I was walking around Amsterdam saying “Doinka” to pretty much everyone I met. Buying a bottle of water. Getting a menu. Getting some groceries. Doinka, doinka, doinka. And I was getting some strange looks.

After a particularly quizzical look from someone at newsagent, I did a quick google. Thank you was ‘Bedankt’, or ‘Dankuwel’. And Doinka? Well it wasn’t Dutch, but don’t look for it on Urban Dictionary.

I was way off. Cabbie, if you’re reading this, you got the dumb tourist.

I was staying at a place called Hotel La Boheme. It was very quaint indeed and everyone there was lovely.

But when I checked in, the guy helping me out was like… “Have fun on the suicide stairs.”

I must have frozen because he goes, “Oh no, they’re murder stairs. Very steep.” 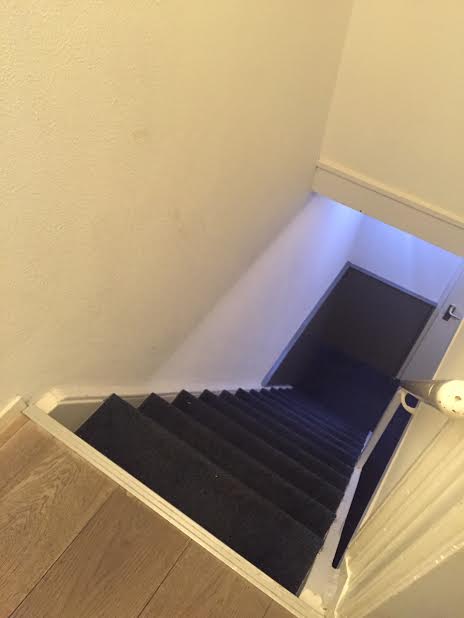 (I had to get my suitcase up and down that – and I was only one flight. Some people had to go up three. Apparently they get a beer voucher. Well deserved in my opinion.)

Funnily enough, for a lot of the day you’d hear a symphony of crashes and bangs, or a few sequential thud thud thud thuds. It was pretty obvious someone was checking in.

But the description of the stairs, yeah, just a little creepy.

The hotel has a mascot/resident cat named Mimi. She was awesome, and had not a care in the world. She wasn’t allowed in the dining area at meal times, but apart from that, all bets were off.

She has a good life, that kitty.

To be honest with you, I was just grateful there was MTV in my room. Yes, it had Dutch subtitles, but I can confirm the effect of Catfish and Ex on the Beach was not compromised in any way.

There was, however, an interesting game show.

I couldn’t understand what they were playing for, but I did understand that it was Tetris and apparently video games in Holland haven’t progressed past ’84. No complaints here.

You’ll also be pleased to know infomercials still exist overseas, and they’re just as filled with empty promises. Even I could tell that and I clearly, as outlined above, am lacking in language skills. 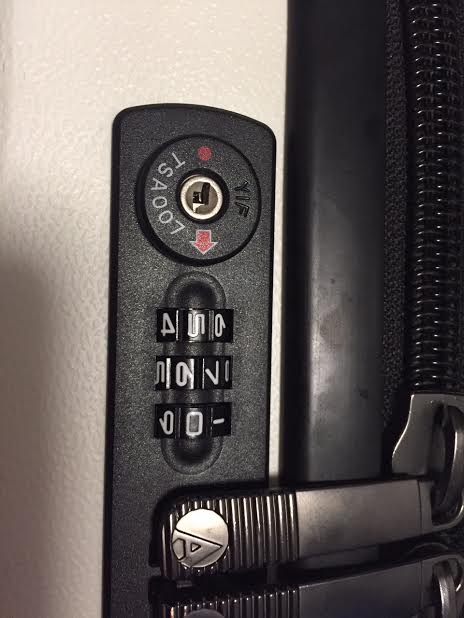 I kind of got cocky with my suitcase. I zipped it up and locked it and ran off to get my train not realising that I’d accidentally changed the lock code. That was an interesting afternoon.

So after trying the numbers in the neighbourhood I remember my last code being in, I put the code back to 0-0-0 and started from scratch.

It was a long afternoon. But somehow, the victory of cracking the code made me feel like a bogan watching Wheel of Fortune.

With that, stay tuned for part two.